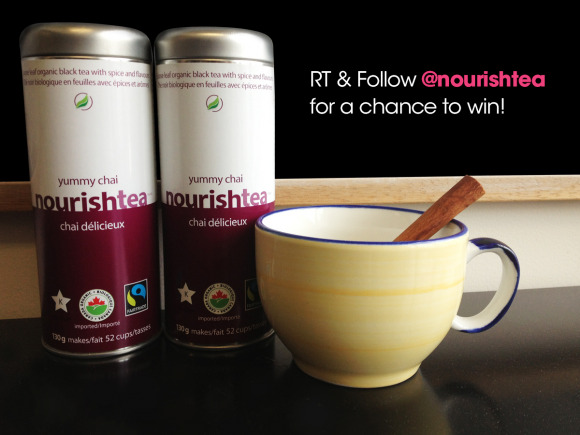 Posted in: Black, Featured, Uncategorized
We’re giving away two tins of our very own yummy chai! Chai is a black, spicy tea and is centuries old; it plays an important role in many cultures. Ours is Certified Organic, Kosher and from Sri Lanka, using nothing but pure and natural ingredients.